Chemical vs surgical castration in dogs - which is best?

Castration is perhaps the most common surgical technique carried out in veterinary practice. It’s also one of the oldest, with a “pedigree” going back thousands of years. However, in recent years a new alternative has arrived on the UK scene for use in dogs - a form of chemical castration that mimics the surgical procedure, but from a simple injection under the skin. So which is best? In this blog, we’ll take a look at the two options.

There are essentially two reasons for castrating a dog.

Firstly, to prevent him from making sperm (and hence puppies!).

Secondary, to prevent him from making testosterone.

Testosterone is the male sex hormone, and the high levels of it in entire (uncastrated) males are involved in a number of things that we’d quite like to prevent or reduce, such as:

Are there any downsides?

Yes, there are some. In particular, there are reports of small increases in the risks of certain cancers, especially in dogs who were neutered very young. More commonly, a dog who is nervous (or showing aggression due to fear) may become worse as his testosterone levels fall after castration.

Overall, it does improve lifespan.

Despite these issues, on average, studies show that a castrated dog lives about 14% longer than an entire one.

OK, what about chemical castration?

Well, it’ll all be the same - the one big difference is that it’s reversible! So if there are problems (e.g. nervousness), once the implant wears off, he goes back to normal.

We don’t yet know whether chemical castration has the same impact on all diseases - but it seems likely, and it does seem to be effective at preventing problems such as prostate disease.

How do they work?

Surgical castration is (as the name suggests) a surgical procedure. Under general anaesthetic (so he doesn’t feel anything), both the dog’s testicles are removed. No testicles means no sperm and as most of the testosterone present in the body is made in the testicles, without them the testosterone levels rapidly decline. The big issue, of course, is that this procedure is irreversible.

Chemical castration involves injecting an implant under the skin. This “tricks” the brain into no longer making the hormones (FSH and LH/ICSH) that tell the testicles to make sperm and testosterone. As a result, the testicles shut down, and testosterone levels (after a brief initial rise) decline over 4-6 weeks to essentially zero. When the implant wears off, everything goes back to normal again - the implants usually last 6 or 12 months, although it can vary slightly. The only downside is that as the implants eventually wear off, it becomes more costly having to replace them each time.

There are always possibilities for complications in any surgery, although serious problems are very rare. The implant, however, seems to be very, very safe!

So which is best?

It really does depend! Both have their place. However, if you want to avoid any permanent changes, are worried about possible side effects (e.g. anxiety), or don’t want to change your dog’s physical appearance, then the implant might be better. It might also be more suitable in dogs with serious health problems that make an anaesthetic risky.

If, on the other hand, you have a healthy dog who you never intend to breed from, then the surgical procedure is probably a better bet.

In either case, come in and talk to one of our vets, who will be happy to talk you through both options! 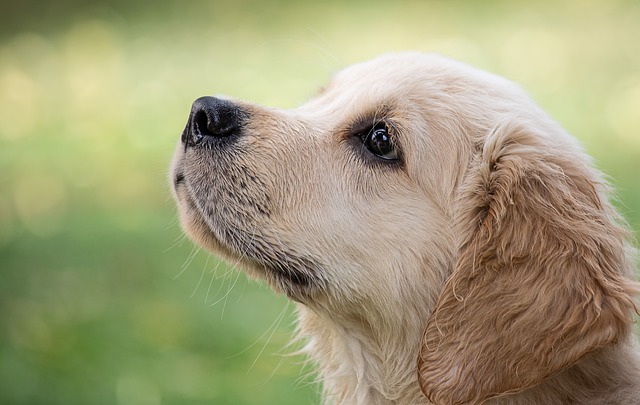